Description of the active ingredient is ambien a narcotic Phenobarbital (Phenobarbitalum): instructions, use, contraindications and formula

Pharmacological action – anticonvulsant, hypnotic, sedative. It interacts with the barbiturate site of the GABAA-benzodiazepine-barbituric receptor complex and increases the sensitivity of the GABA receptors to the mediator (GABA), as a result, the opening period of the neuronal channels for incoming currents of chlorine ions increases and the influx of chlorine ions into the cell increases. The increase in the content of chlorine ions inside the neuron entails hyperpolarization of the cell membrane and reduces its excitability. As a result, the inhibitory effect of GABA and the suppression of interneuronal transmission in various parts of the central nervous system are enhanced. 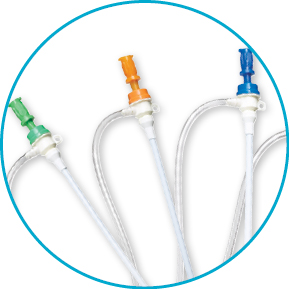 At therapeutic concentrations, it has been shown that phenobarbital enhances GABAergic transmission, inhibits glutamatergic neurotransmission, especially mediated by glutamate alpha-amino-5-methyl-isoxazole-4-propionate (AMPA) -receptors. In high concentrations, it affects the current of sodium ions and blocks the flow of calcium ions through cell membranes (L- and N-type channels).

Barbiturates have a non-selective inhibitory effect on the central nervous system. They suppress the sensory areas of the cerebral cortex, reduce motor activity and cause drowsiness, sedation and sleep.

The sleep caused by barbiturates differs in structure from the physiological one, since the phase of fast (paradoxical) sleep is shortened and stages 3 and 4 of a slow sleep decrease. The hypnotic effect develops within 0.5–1 h (less often – later), lasts 6–8 h (up to 12 h) and decreases after 2 weeks of administration.

The anticonvulsant effect is due to the activation of the GABAergic system, the effect on voltage-dependent sodium channels, as well as the suppression of glutamate activity, etc. Phenobarbital reduces the excitability of neurons of the epileptogenic focus and prevents the emergence and spread of impulses. It blocks high-frequency repeated discharges of neurons (due to the influence of sodium ions on the current). Barbiturates also increase the threshold of electrical stimulation of the motor areas of the cerebral cortex.

The antihyperbilirubinemic effect is presumably due to the induction of the enzyme glucuronyltransferase, which regulates the conjugation of bilirubin, which leads to a decrease in the concentration of free bilirubin in serum.

May cause weak analgesia, but it is also possible to enhance the response to a pain stimulus.

In small doses, it has a sedative effect and, in combination with other agents (antispasmodic, vasodilator), is effective in neurovegetative disorders.

In normal hypnotic doses, it does not have a significant effect on the cardiovascular system. In high doses, it lowers blood pressure (except for central action – inhibition of the vasomotor center, the effect is mediated by the effect on the heart, ganglion, and is also associated with a direct myotropic vasodilator effect). It has no direct damaging effect on the kidneys, but in case of acute poisoning, the development of oliguria or anuria is possible, largely as a result of marked hypotension. Lowers the tone of the smooth muscles of the digestive tract.

In hypnotic doses to a small extent reduces the intensity of metabolism in humans. Body temperature is slightly reduced due to a decrease in activity and inhibition of central thermoregulation mechanisms.

Studies on laboratory animals showed the ability to lower the tone and contractility of the uterus, ureters, and bladder. However, the concentration required for the manifestation of this effect in humans, when using doses that cause sedative-hypnotic effects, is not achieved.

Phenobarbital induces microsomal liver enzymes. With the appointment of more than 3-5 days, barbiturates stimulate their own biotransformation (the rate of enzymatic reactions can increase 10-12 times).

After ingestion, it is completely but slowly absorbed in the small intestine. Bioavailability – 80%. Plasma protein binding (predominantly with albumin) is 20–45%. Therapeutic concentration in serum, optimal for the manifestation of anticonvulsant effect, is 10–40 µg / ml. T1 / 2 of plasma in adults is 53–118 hours (average 79 hours), in children and newborns (less than 48 hours old) 60–180 hours, an average of 110 hours. Distributed throughout organs and tissues, passes through BBB. It passes well through the placenta and is distributed to all tissues of the fetus (the highest concentrations are found in the placenta, liver and brain of the fetus), penetrates into breast milk. Metabolized in the liver with the participation of microsomal enzymes with the formation of pharmacologically inactive metabolites. T1 / 2 – 2–4 days (for newborns up to 7 days). It is excreted by the kidneys as glucuronid metabolites and unchanged (25–50%). Excretion by the kidneys depends on the pH of the urine: when alkalinization of the urine increases excretion in an unchanged form and the concentration in the blood decreases rapidly, and upon acidification, vice versa. Phenobarbital is characterized by pronounced cumulation. In case of a renal failure, the action is noticeably prolonged.

About the Author: admin_user